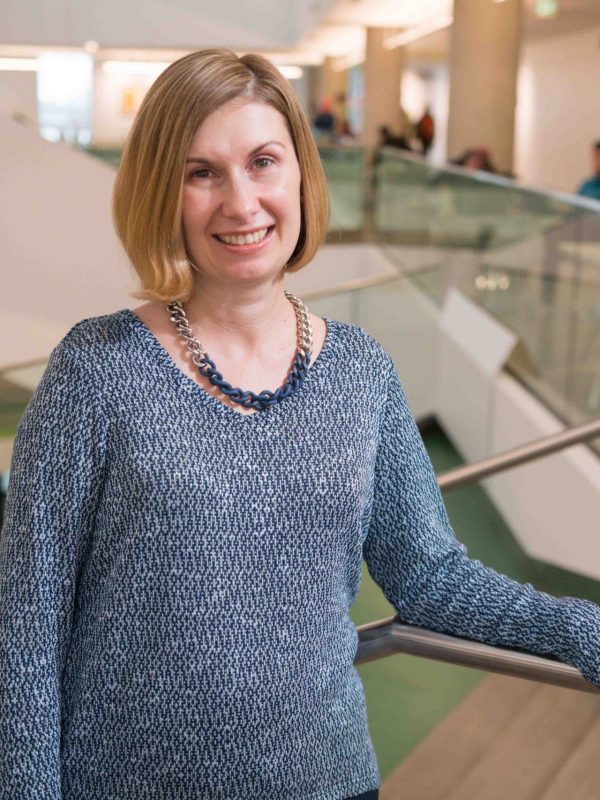 Dr. Svitlana Krys (Lana) is the author of “The Unknown Ukrainian: Orest Somov’s Prose as a Window to Early Nineteenth-Century Ukraine”, the foreword she wrote for Orest Somov’s collection of short stories The Witches of Kyiv and Other Gothic Tales.

Dr. Krys is Assistant Professor of English and Kule Chair in Ukrainian Studies at MacEwan University. She holds a PhD from the University of Alberta (Canada, 2011), and her research focuses on the development of the Gothic genre in Ukrainian literature. She is currently working on her book manuscript, tentatively titled “At the Origins of the Ukrainian Gothic.” In it, she focuses on the manner in which the leading Ukrainian Romantics – Orest Somov, Hryhoriy Kvitka-Osnovyanenko, Mykola Hohol (Nikolai Gogol), and Oleksa Storozhenko – appropriated and utilized West European Gothic techniques in their horror oeuvre and picked up on the Gothic tendency to respond to sociopolitical changes of the time, using the guise of the Gothic aesthetic to comment on certain events in the history of Ukraine that could not have been discussed openly because of the censorship in the Russian Empire.

Her other research interests include cultural, postcolonial, and gender studies. Dr. Krys is the author of articles published in Canadian-American Slavic Studies, Canadian Review of Comparative Literature, Canadian Slavonic Papers/Revue canadienne des slavistes, Slavic and East European Journal, and Slovo i Chas (Word and Time), the Ukrainian Academy of Sciences’ journal of literary studies. Among her recent publications is a special thematic issue “Postcoloniality and Neo-Gothic Fictions in the Post-Soviet Space” for Canadian Slavonic Papers (vol. 61, no. 4, 2019), which she co-edited with Dr. Maryna Romanets of the University of Northern British Columbia, and which features her contribution on neo-Gothic aesthetics of Ukrainian post-Euromaidan prose.

Dr. Krys also serves as the Editor-in-Chief of East/West: Journal of Ukrainian Studies, a scholarly, peer-reviewed, online periodical, published by the Canadian Institute of Ukrainian Studies (University of Alberta). From 2016-19, she was part of the Research Initiative on Democratic Reforms in Ukraine (RIDRU), funded by the Kule Institute for Advanced Study (University of Alberta), where she participated in the cluster on nationalities, culture, and language policies. Her scholarship has been recognized by the American Association for Ukrainian Studies.