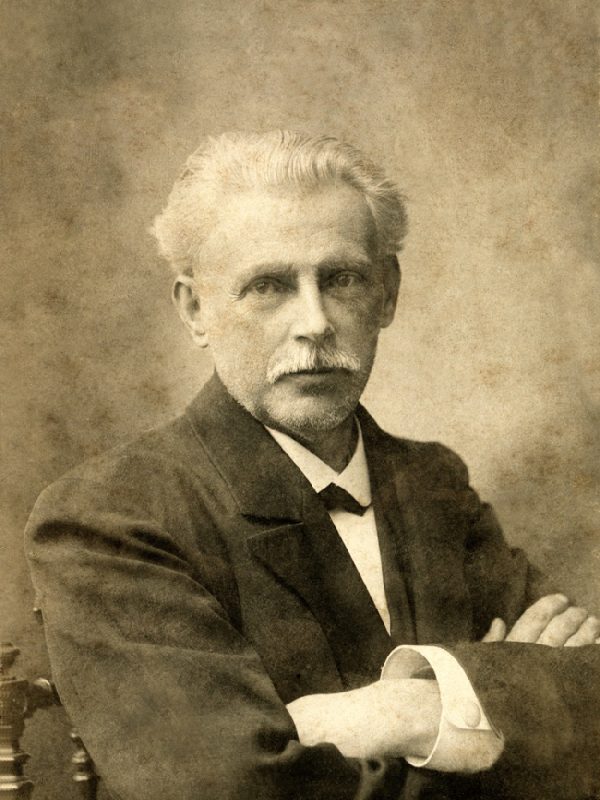 A Ukrainian folklorist and ethnographer, descendant of Kharkiv nobles and kozaks, Mykola Sumtsov (1854–1922) is best known for his ethnographic research and writings on the folk life and culture of Sloboda Ukraine. He was one of the founders and the first director of the Historical Museum in Kharkiv, which today bears his name. He co-established the Kharkiv History and Philology Society (1873–1919), and initiated and supported the establishment of the Kharkiv Public Library.

Mykola Sumtsov graduated with a degree in History and Philology studies from the Kharkiv University in 1875, having also been awarded a gold medal for one of his theses. In 1876 he also briefly studied at Heidelberg University. From 1878 Mykola Sumtsov lectured at Kharkiv University, becoming a professor in 1888, although his career did not progress unhindered. His first attempt at obtaining a doctorate failed due to him being accused of expressing Ukrainophilia in his thesis on Lazar Baranovych (1620–1693) a Ukrainian Orthodox archbishop. Sumtsov was finally awarded his doctorate in 1885 for his dissertation on the topic of bread in folk rituals and songs. Sumtsov opposed the prohibition of Ukrainian language and as soon as it became possible, that is in 1907, he was the first of the teaching staff at Kharkiv University to give lectures in Ukrainian.