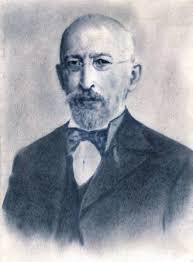 The writer, literary critic, translator and ethnographer Orest Somov (1793–1833) was born in 1793 in the Ukrainain town of Vovchansk, then a part of the Russian Empire. His family were Ukrainian gentry who were moderately well-off. At the University of Kharkiv, he became an admirer of Romantic literature and Gothic fiction. Somov moved to Saint Petersburg in 1817, where he continued writing and established himself as a critic and translator, editor and publisher – one of the first professional men of letters in the Russian Empire. He moved in literary circles that were involved in the Decembrist movement; he also advocated the exploration of folklore. Somov was drawn to the folklore of his native Ukraine, which he wove together with elements of Romantic literature and Gothic tales, in his works such as A Tale of Buried Treasures (1830). His stories and critical support inspired the literary greats such as Mykola Hohol (Nikolai Gogol) and Aleksandr Pushkin. Somov remained in Saint Petersburg until his death in 1833.