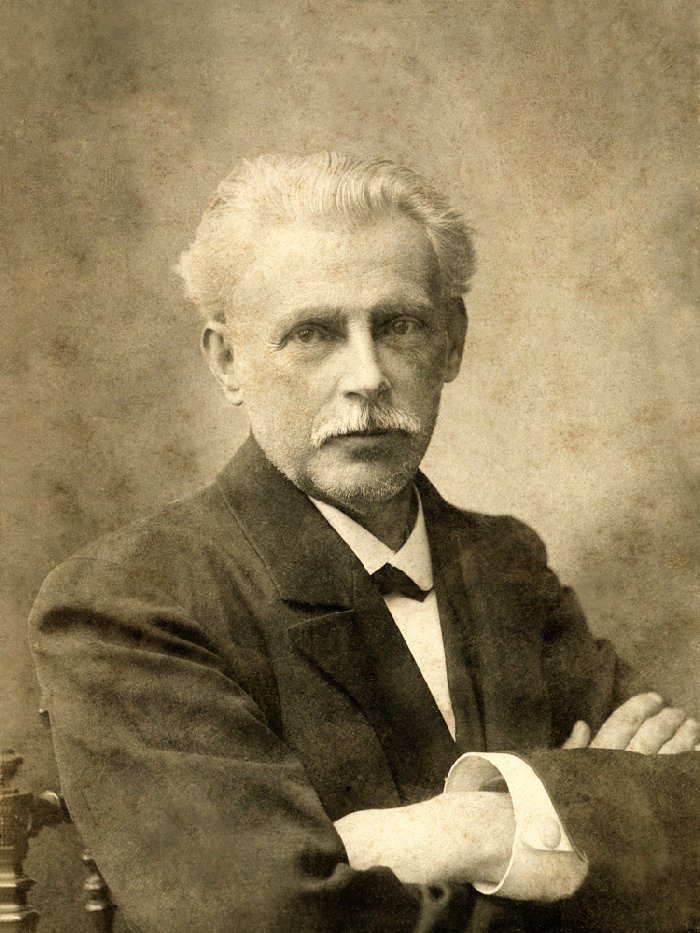 A Ukrainian folklorist and ethnographer, descendant of Kharkiv nobles and kozaks, Mykola Sumtsov (1854–1922) is best known for his ethnographic research and writings on the folk life and culture of Sloboda Ukraine. He was one of the founders and the first director of the Historical Museum in Kharkiv, which today bears his name. He co-established the Kharkiv History and Philology Society (1873–1919), and initiated and supported the establishment of the Kharkiv Public Library.

Mykola Sumtsov graduated with a degree in History and Philology studies from the Kharkiv University in 1875, having also been awarded a gold medal for one of his theses. In 1876 he also briefly studied at Heidelberg University. From 1878 Mykola Sumtsov lectured at Kharkiv University, becoming a professor in 1888, although his career did not progress unhindered. His first attempt at obtaining a doctorate failed due to him being accused of expressing Ukrainophilia in his thesis on Lazar Baranovych (1620–1693) a Ukrainian Orthodox archbishop. Sumtsov was finally awarded his doctorate in 1885 for his dissertation on the topic of bread in folk rituals and songs. Sumtsov opposed the prohibition of Ukrainian language and as soon as it became possible, that is in 1907, he was the first of the teaching staff at Kharkiv University to give lectures in Ukrainian.

Over the years, Mykola Sumtsov authored numerous works on Slavic and in particular Ukrainian folklore, ethnography and local history. Thus, from 1889–1890 Kievskaya Starina (Kyivan Antiquity), a Ukrainian journal (1882–1907), published a range of his ethnographic articles that were unified by a common title, “Kulturnye perezhyvaniya” (Cultural experiences). Other similar topics covered by Mykola Sumtsov include studies of Ukrainian proverbs, koliadky and shchedrivky, local folk entertainment and holidays.

Mykola Sumtsov’s articles on Ukrainian Easter eggs (pysanky and krashanky) are a core part of The Story of Pysanka: A Collection of Articles on Ukrainian Easter Eggs, the first volume of Sova Books’ Ukrainian Scholar Library series. Sumtsov also researched ancient Ukrainian literature, including the works of Ivan Vyshensky, Innozenz Giesel and Lazar Baranovych, and published research on the works of Hryhoriy Kvitka-Osnovyanenko, Ivan Kotliarevsky, Taras Shevchenko, Mykola Hohol and others.