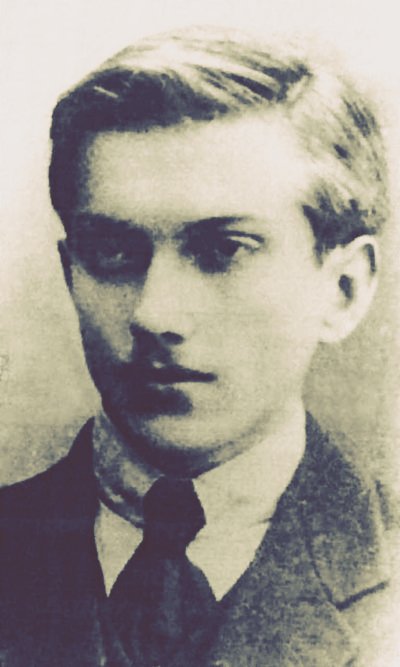 A Ukrainian doctor, writer and publicist, Yuriy Lypa was born in Stari Sanzhary town, Poltava region. His mother, Maria (nee Buldovska) was a nurse and his father, Ivan Lypa was an accomplished poet, doctor and political figure. Yuriy Lypa spent his youth in Odesa (1900–1918). There he began to publish his writings, mainly journalistic pieces. In 1919 the Lypas’ moved to Kamyanets-Podilskyi, and Yuriy Lypa entered the Law faculty at Kamyanets-Podilskyi State University. In 1922, having sided against the Bolsheviks in the cause of an independent Ukraine, the family moved to Poland. There, Yuriy Lypa studied medicine at Poznan University (1922–1928). In 1925 he published his first collection of poems, entitled Light (Svitlist). Having graduated from Poznan University, Yuriy Lypa moved to Warsaw, where he established his medical practice. He remained in the Polish capital until 1943. During this time he practiced medicine, wrote, and published poetry, prose, and essays. He also conducted medical research, mainly on medicinal herbs, which he published in a number of texts including Liky pid Nohamy (The Cure Beneath Our Feet, 1943), which we have translated as part of our Sova Books’ series, Ukrainian Scholar Library.