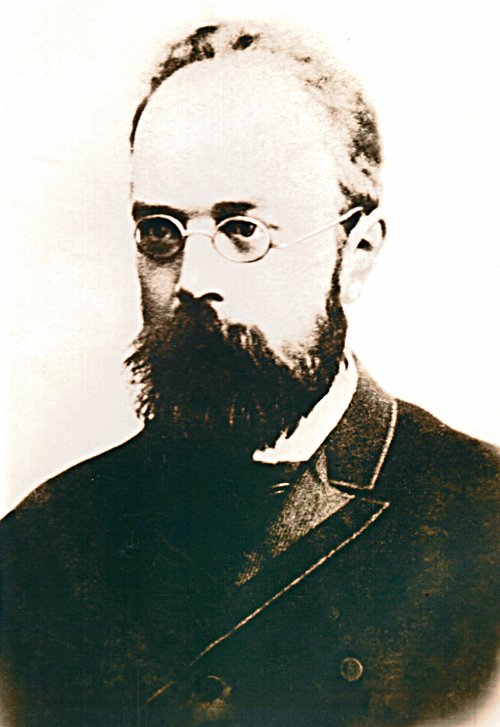 A historian, ethnographer and educator, Volodymyr Yastrebov (1855–1898) was born in Russia. At a young age he left his homeland to study at the Odesa University, Ukraine. After his graduation, Yastrebov relocated to Elysavethrad (presently Kropyvnytskyi), then a provincial town in the central part of Ukraine. Initially he worked as a teacher, and then as the curator of the town’s History and Geography Museum (now the Kropyvnytskyi Local History Museum). During 1878–1897 Volodymyr Yazstrebov published a number of historical, archaeological and ethnographic works. His ethnographic works cover diverse topics that include the surnames of Kherson county residents, superstitions, customs and folklore, as well as traditional and ritual foods. He often published his works using a pseudonym or omitting any personal information, fearing accusations of being a free thinker. Volodymyr Yastrebov died at the age of 43 in Kherson city, Ukraine. His article ‘Neskolko slov o pisankakh’ (A few words on Pysanky, 1895) is included in The Story of Pysanka: A Collection of Articles on Ukrainian Easter Eggs, the first book in our Ukrainian Scholar Library series.