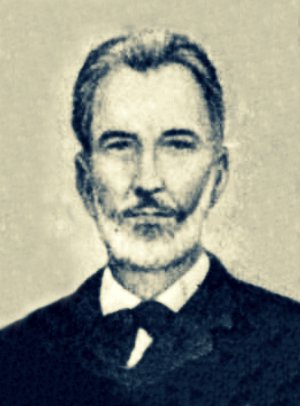 A Ukrainian folklorist and ethnographer, Vasyl Myloradovych (1846–1911) wrote Zamitky o Malorusskoy Demonolohii (Notes on Ukrainian Demonology, 1899), which is to be released as part of our Ukrainian Scholar Library. A descendent of anoble family, he was born in Tokari village, Lubny county (now Lokhvytskyi district), Poltava province. After graduating from the Law Faculty at the Kharkiv University in 1869 he started his legal career, and for 15 years (1875–1890) worked as a Magistrate of Lubny county. Presiding over the cases of local residents gave him an opportunity to become familiar with their inner life, customs and the details of their everyday routines.

Upon his retirement, Myloradovych dedicated himself entirely to ethnography and folklore. In 1903 he was elected an honorary member of the Poltava Scientific Archive Commission. His first ethnographic article, entitled “Vesilni Pisni v Lubenskomu Poviti” (Wedding Songs in the Lubny County, 1890) was published in Kievskaya Starina (Kyivan Antiquity). Topics of his other ethnographic works include Christmas customs, oneiromancy, folk songs (those of hired seasonal field-workers and farewells to enlisted soldiers), and folk medicine. He published more than 20 works, many of them based on materials he gathered from his native Lubny county. For his folk tale collection “Kazky i Opovidannia” (Folk Tales and Stories, 1912 & 1914), which he published in Trudy Poltavskoy Uchenoy Arkhivnoy Komissii (The Works of Poltava Scientific Archival Commission), he was awarded the Russian Geographical Society Silver Medal. He died and was buried in Lytviaky village near Lubny, in 1911.