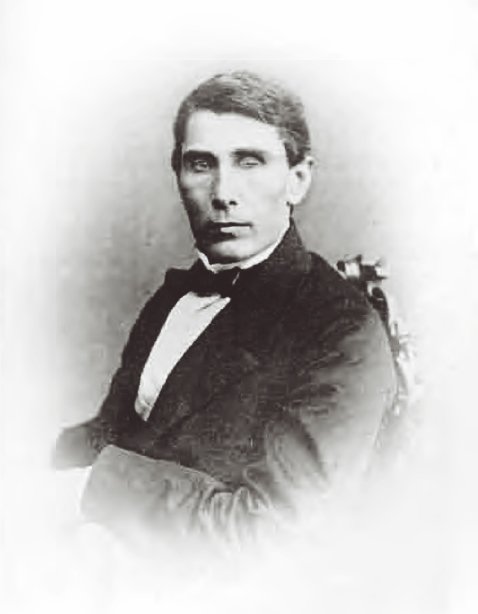 Mykola Nomys (1823–1900) was a Ukrainian folklorist best known as the editor of a colossal collection (about 15,000 entries) of Ukrainian folk proverbs, sayings and riddles, Ukrainski Prykazky, Pryslivya i take Inshe (Ukrainian Proverbs, Sayings and the Like, 1864). He was born into an old well-to-do Ukrainian family, with the family’s estate being located at Zarih Khutir, Poltava region. Matviy’s ancestors included kozaks, one of whom had reached the rank of Otaman in Orzhytsia town. Until the beginning of the 19th century the family’s surname was ‘Symon’, but then it was russified by adding the ending ‘ov’. When Matviy started publishing his works, he used his original surname Symon to create his pseudonym by writing it backwards, ‘nomys’.

Matviy Nomys obtained his higher education at Kyiv University in 1848, studying philology. Over the years he followed several pursuits: writing, folklore, ethnography and dialectology. He was on familiar terms and cooperated closely with several renowned personalities, including Taras Shevchenko, Panteleimon Kulish, and Opanas Markovych, whose collection of proverbs constituted the major part of the famous “Ukrainian Proverbs, Sayings and the Like”. Matviy Nomys passed away in 1900 in Lubny. He left his estate to various charitable organisations based in Lubnycounty. His short article “Krashanky v starynu” (Krashanky in the old days, 1898) is included in The Story of Pysanka: A Collection of Articles on Ukrainian Easter Eggs, the first book in our Ukrainian Scholar Library series.