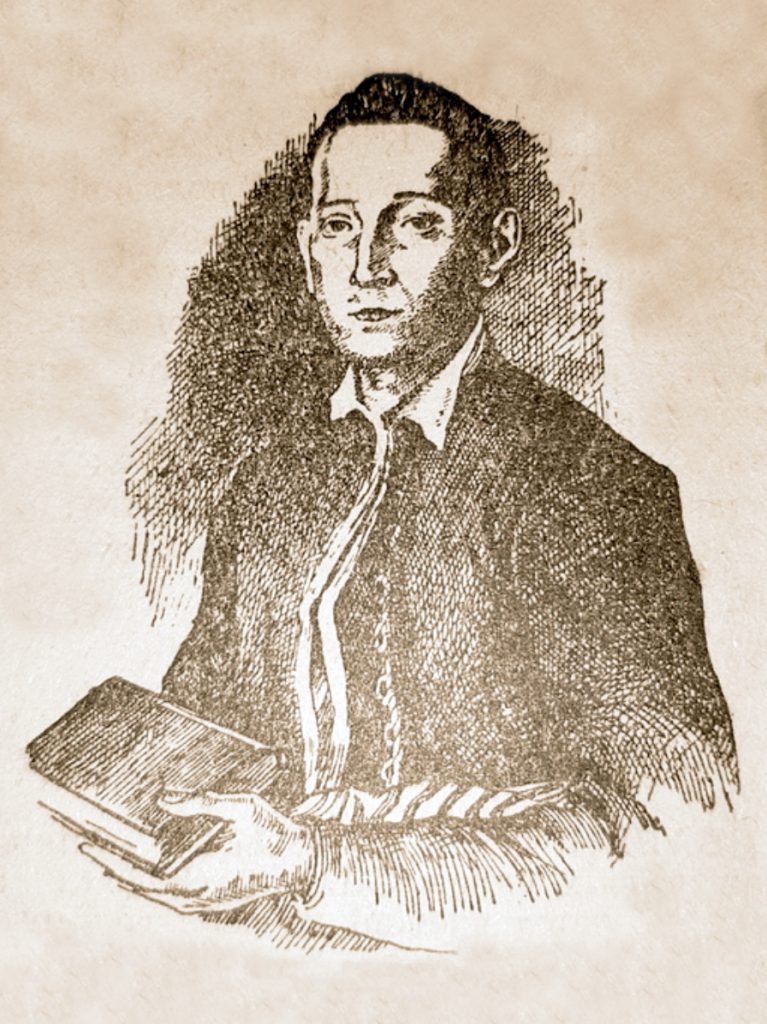 A prominent Ukrainian philosopher and poet, Hryhoriy Skovoroda (1722–1794) was born in Chornukhy village, Lubny region. From 1734–1753, with two prolonged intermissions, he studied at Kyivan Mohyla Academy. However he left the academy before completing his studies, never graduating.

Hryhoriy Skovoroda was a gifted individual with a wide variety of accomplishments. A talented singer, he also loved playing the sopilka and composing music. He had an excellent command of the Church Slavonic language and a number of foreign languages, including Latin, Ancient Greek, Hebrew, Polish, German and Russian. His translations include the works of Horace, Cicero, Plutarch, Ovid and Muretus.

To broaden his knowledge of the world, Hryhoriy Skovoroda travelled on foot across Europe, visiting Hungary, Poland, Germany and Italy (1745–1750). He was poor and was able to support his lifestyle thanks only to the material support of his friends. He did not stay long at any one place, briefly occupying a number of teaching positions, being discharged from several of them due to his forthrightness or disagreements with his employers. Hryhoriy Skovoroda spent the final two decades of his life travelling on foot across Eastern Ukraine, leading to people labelling him as ‘the wandering philosopher’. This is how he is depicted in many Ukrainian monuments and paintings, dressed for a travel, with a sack over his shoulder containinghis few personal possessions, and holding a bundle of books, a sopilka or a walking stick.

The survived philosophical works of Hryhoriy Skovoroda consist of a treatise on Christian morality and 12 dialogues. His other known works include a collection 30 poems entitled Sad Bozhestvennykh Pisen (Garden of Divine Songs, 1753–1785), and 30 fables collected in Basni Kharkovskiya (Kharkiv Fables, 1769–1774), as well as a dozen songs. A collection of aphorisms taken from Hryhoriy Skovoroda’s works and entitled Skovoroda’s Morals are to be published soon as a part of our Ukrainian Scholar Library series.