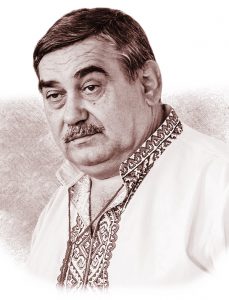 Born in 1958 in the Luhansk region of Ukraine, Petro Haivoronskyi, author of The Kniahynia’s Comb, is a modern Ukrainian writer and journalist. He has received several accolades, including the Gold Medal of Ukrainian Journalism and the Honorary Ethnographer of the Donetsk Region. Haivoronskyi’s published works include his numerous contributions to the Free Thought Ukrainian newspaper in Australia, and the Ukrainian works Miners’ Ballad (2002) and Mykola Momot: Life Without Intermissions (2010), a documentary novel about the Ukrainian opera singer.